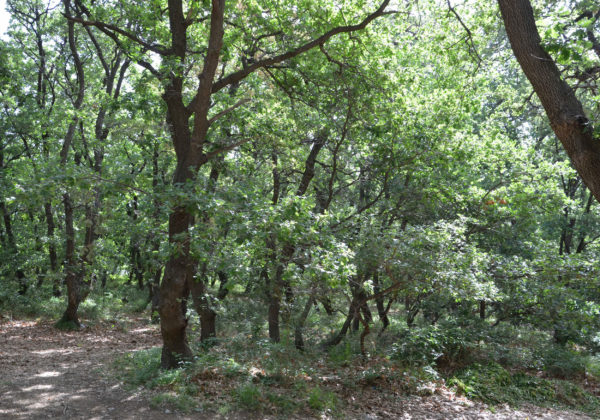 A special forest vegetation reserve extends over the 3.5 km wide area in the south-western part of Pag bay along the old Pag-Novalja road. On one side, it is surrounded by the sea and a series of large and beautiful sandy beaches rich with natural springs and on the other side by the rocky terrain of the highest island peak of Sv. Vid. It is the only afforested part in the area of the town of Pag which preserves the remains of the original forest of holm oak.. The protected nature reserve of Dubrava – Hanzina is a beautiful nature park which is also important in the scientific sense as studies have detected the presence of valuable genetic material in the oak wood that has not been previously recorded in botany. The vegetation here has built resistance to the climate of the island, characterized as severe due to gales of Bora wind and salt. The discovery of twenty million years of old Miocene deposits on the nearby beach of Crnika made it a rich paleontological site, and thus has been proposed for protection whose procedure is under way.